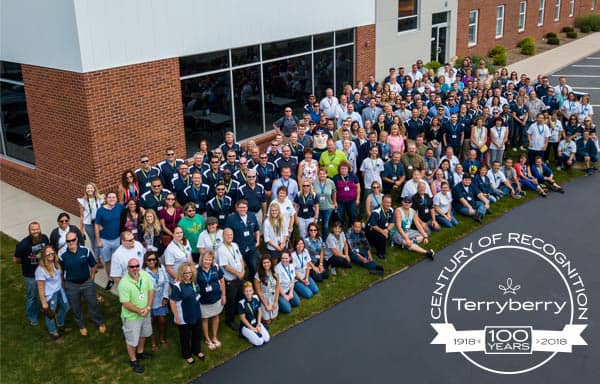 Putting together a company anniversary event can be a daunting task, but it with creativity and planning, celebrating your company’s special milestone can be fun for all involved. Afterall, your company milestone is a result of years of dedication and hard work..now is the time to take a step back and celebrate what your group has achieved.  If your organization is approaching a milestone anniversary, this list is for you.

Here are 35 creative ideas to help you make your company anniversary special.

We hope your company anniversary events will be memorable for all involved.   If you’re interested in ideas on how to infuse employee appreciation gifts  into your company anniversary celebrations or how to build a culture of employee recognition in your organization as a whole, we’d love to talk. Contact Terryberry to learn more.
35 Creative Ways to Celebrate Your Company Anniversary
Source: HR.com Articles

Traditional compensation plans are failing to meet the needs

Learn How to Give Critical ...

For one month, Cornerstone will offer its most popular

Hello, Pay needs to be an important part of